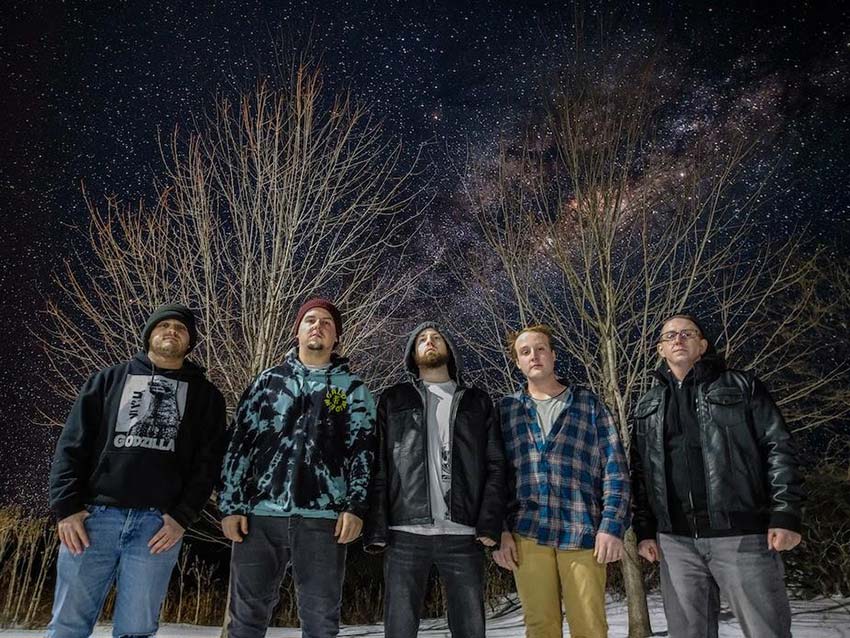 Chicago-based metalcore band Capital Vices are gearing up for the release of the first EP, ‘Zenith,’ of their two-part astrology concept effort. The record officially comes out this Friday, March 19th through Spaceuntravel. You might recall, the band made headlines in 2019 for performing a gig inside a Knoxville, Tennessee Wendy’s fast food restaurant.

Moving forward and ahead of the release of said six-track EP, the band recently issued official clips for tracks “Taurus” (ft. Dom Cuzzo) and “Gemini,” which you can check out below. The EP is rounded out by songs “Aries” (ft. Kyle Anderson of Brand of Sacrifice), “Cancer,” “Leo” (ft. Kamil Cebula, Chris Hughes, Ryan Wilmot, Adrian Dabu & Mark Marnell), and “Virgo.”

Following their 2019 tour, the band hit the studio to commence work on ‘Zenith.’ “No future performances at any venue or fast-food restaurant is in the works, but it’s also not out of the question once shows are back on,” said clean and unclean vocalist Avola.

“We have worked very hard to create better music structures and avoid the mistakes of this EPs’ predecessors,” stated drummer Matt Lathan on the intense effort and determination they put into ‘Zenith.’ “There’s a reason it took us three years. There was a group obsession to not let anything slide in terms of uncertainty. If there was even a shred of doubt about anything we wrote, it was worked out until we all were okay with what we had.”

Speaking on single “Gemini,” Lathan added, “This song has an instrumental and lyrical pattern that relates to its twin aspect, as there are two vocalists sharing their side of the sign’s pros and cons. Gemini’s sign is the twins (twin personality). You might notice that the chorus repeats twice but has two different vocalists. This was to represent the ‘twin’ aspect of this sign.”

“We hope fans can enjoy the wild and diverse music and learn about the general aspects of different Astrological signs,” commented Avola on ‘Zenith,’ which takes on six of the twelve astrological signs. “Astrology is important to people all over the world and this is our rendition of the Western version of it.”

Lathan ended with, “The seven deadly sins was not the inspiration for the name of our band as far as I know. Capital Vices was something our former vocalist had heard, or come up with, in 2013 when the band was first formed. Just sounded cool as kids.”