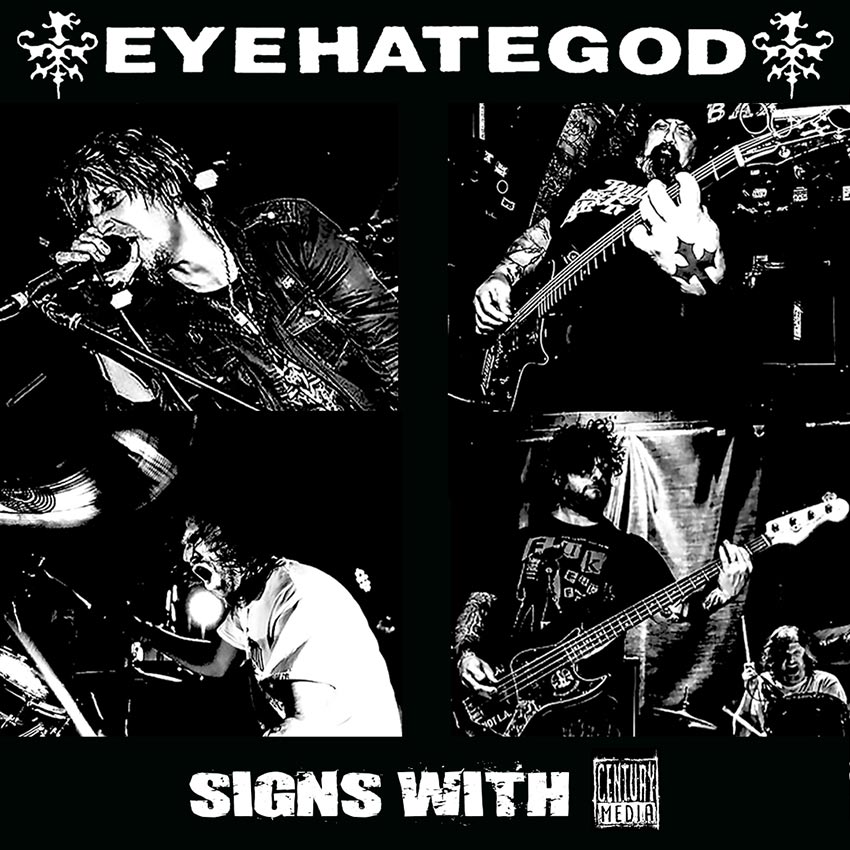 NOLA metal legends Eyehategod are gearing up for the release of their new album ‘A History of Nomadic Behavior’ via Century Media Records on March 12, 2021 (pre-order).

Leading up to the LP’s unleashing, the band have dropped their new song “High Risk Trigger” in official audio visualizer form — check it out below. “Lyrically, the song is cryptic and abstract, but it touches on the all-pervasive fears bred by an invisible germ storm sweeping through the nation and a society sickened by police brutality: “Infection is the way, disruptive crowd takes aim/Burn down the rail yard house, destroy the U.S.A”,” says a presser.

Regarding the songs on the record, singer Mike IX Williams states, “We’re not a political band, but it was hard not to be affected by the news from the past year. During this recording, I thought a lot about how stupid humanity has become and how America is now completely divided with these people who don’t believe in science and blindly follow liars and nonsensical ideologies. Some of those feelings may have found their way into these songs, but it is mostly subliminal.”