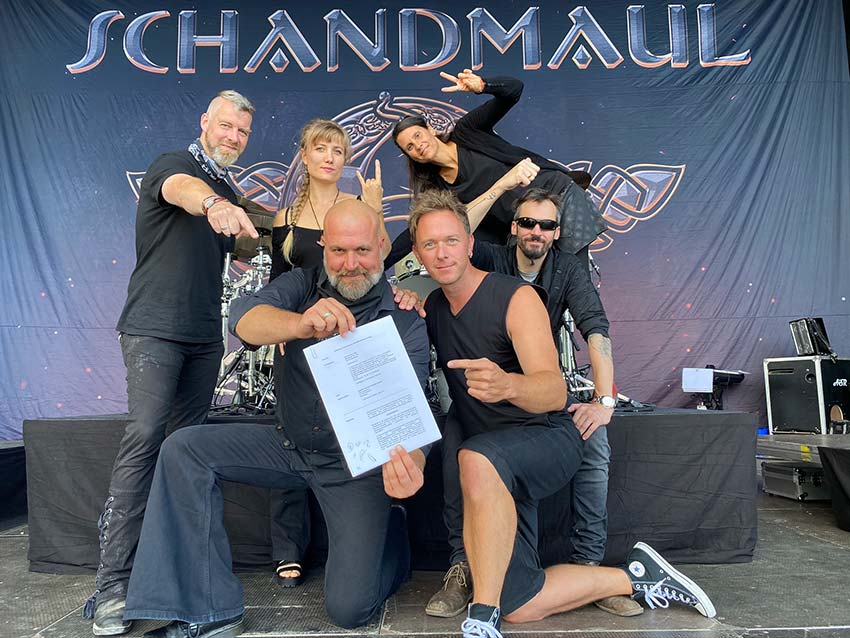 Founded in Munich 1998, Schandmaul quickly took the German and international music scenes by storm. Now with seven top 10 long-players (GER), two nominations for the German Echo Award and millions of streams, they’ve truly manifested their standing at the top of the folk rock scene. Their musical trademark is stamped with bagpipes, hurdy-gurdy, flutes and other standard medieval folk instruments. Schandmaul are the leading edge of the spear, with every album in their catalog offering a comprehensive example of their musical expertise.

“We are very much looking forward to working with Napalm Records and are bursting with energy! The further discussions have been very motivating – especially in these difficult times for our industry – like a light at the end of the tunnel. We’re ready – Folk ‘n Roll”

“Welcome – Schandmaul! We have been following the path of this unique act for a very long time and are incredibly proud to be able to successfully shape the future with Schandmaul. The new album will be another milestone in the band’s career and we will spare no effort to ensure its success.”