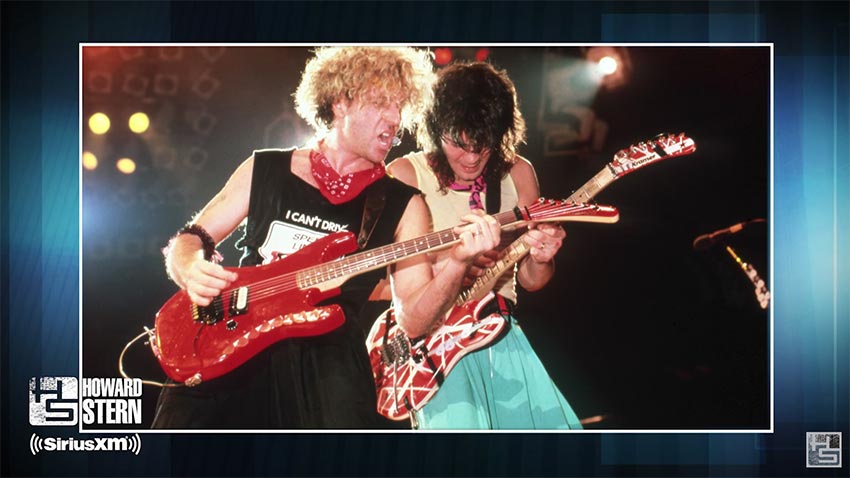 Howard and co-host Robin Quivers both said they’d admired Eddie’s guitar skills for decades ever since Van Halen hard rock on its head with a self-titled 1978 album featuring tracks like “Eruption,” “Runnin’ with the Devil,” and “Jamie’s Cryin’.”

“I had never heard guitar playing like that. You knew something superior was happening,” Howard said.

“Every time they put out new music you wanted to hear the guitar,” Robin agreed.

Howard also shared a statement from rock star Sammy Hagar saying “I tried to get in touch with Sammy yesterday, Sammy didn’t want to come on the air today but he said, he says he is not up to talking in person. But he did send me this note so I will share it with you. ‘I would love you to share that Eddie and I had been texting and it’s been a love fest since we started communicating earlier this year,” Sammy said in the statement he gave Howard. “We both agreed not to tell anyone because of all the rumors it would stir up about a reunion, etcetera, and we both knew that wasn’t going to happen. He also didn’t want anyone to know about his health. He stopped responding to me a month ago and I figured it wasn’t good. I reached out to him one more time last week and, when he didn’t respond, I figured it was a matter of time. But it came way too soon.’ That is signed by Sammy Hagar himself so that is what Sammy is thinking about.

Video clip below (courtesy of SiriusXM’s The Howard Stern Show).