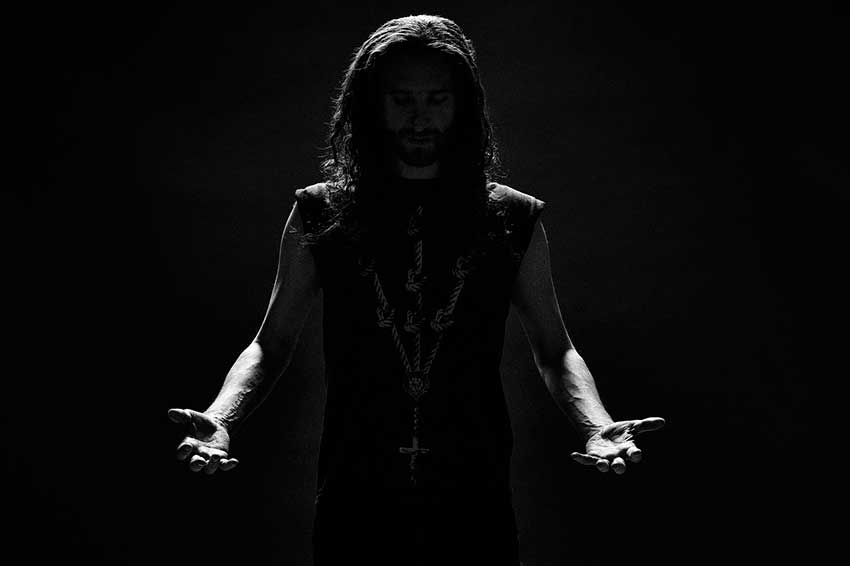 French post black metallers DECLINE OF THE I are back in studio recording what will become their fourth album and follow-up to “Escape” (2018). The yet-untitled release is expected to commence a new trilogy, conceptually based on the works of Danish philosopher, Søren Kierkegaard.

The drums have been recorded in Hybreed Studios (Temple Of Baal, Ritualization, Merrimack) late May, with plans to record all other instruments over the next few weeks at a private studio. Reamping and mixing will be handled at Drudenhaus Studio (Alcest, Aluk Todolo, Drastus) early July. More album details are yet to be revealed, excluding the visual part; Dehn Sora (Deathspell Omega, Blus aus Nord) will be taking care of the artwork, whereas David Fitt (Perturbator, Alcest) will shoot new band photos.

DECLINE OF THE I’s previous albums were largely influenced by the output of French surgeon, writer and philosopher, Henri Laborit. The band is led by multi-instrumentalist AK, who’s been a part of the metal scene for over 20 years, during which he played in Vorkreist, Merrimack, Neo Inferno 262, Malhkebre and Diapsiquir. DECLINE OF THE I is his personal approach on dark music. He’s accompanied by musicians of Temple of Baal, Loading Data and Thagirion fame.